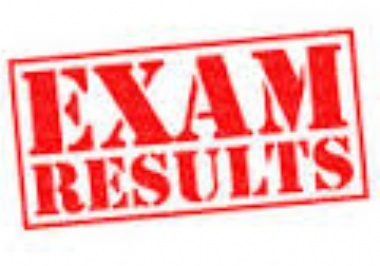 As you know, Thomas Deacon Academy has in the past given students the opportunity to take their GCSE in Maths and English in November of Year 11 after a full and intensive preparation programme.

As you know, Thomas Deacon Academy has in the past given students the opportunity to take their GCSE in Maths and English in November of Year 11 after a full and intensive preparation programme.

The reason for this has been that, in cases where students have done less well than we hoped, there has been a second opportunity to take the examination in June of Year 11, with the aim of achieving a higher grade following some further intensive teaching and practice, and with the benefit of having practised the examination once already.

On 29 September 2013 the Secretary of State for Education announced that only a student’s first entry to a GCSE examination will count in the School Performance Tables.

The government took this step because it believes that giving a young person more than one chance to pass an important examination is wrong, and that they should be given one opportunity only.

The government’s decision means that the performance tables are based on a student’s first entry results and no longer take account of the student’s best performance, namely the best final GCSE result the student achieved taking into account exams that were attempted on more than one occasion.

Therefore, the league tables for the August 2014 results mask students’ actual performance and are presented as significantly lower than the previously published headline attainment figure of 53% 5+ A*-C including English and Mathematics.

We believe strongly at Thomas Deacon Academy that it is not in any way to be considered ‘cheating’ to give a student multiple chances to take and pass an important examination and get a qualification which is important in the future.

We stand by our decision to enter students for their GCSE at the time of year that was right for them as learners and the decision to offer students the opportunity to re-sit their GCSE in the summer if required.

We understand, however, that the government’s decision to implement this change will continue to cause significant confusion for parents when considering the 2014 performance tables.

In 2014, 53% of Year 11 Thomas Deacon Academy students achieved five or more good GCSEs at grades A*-C, including English and Mathematics.  We are very proud of this achievement - the best ever in the Academy’s history.

A full copy of the Academy’s 2014 results is available for download from the results page of our website and I would be happy to respond to any queries you might have regarding the GCSE results in 2014.